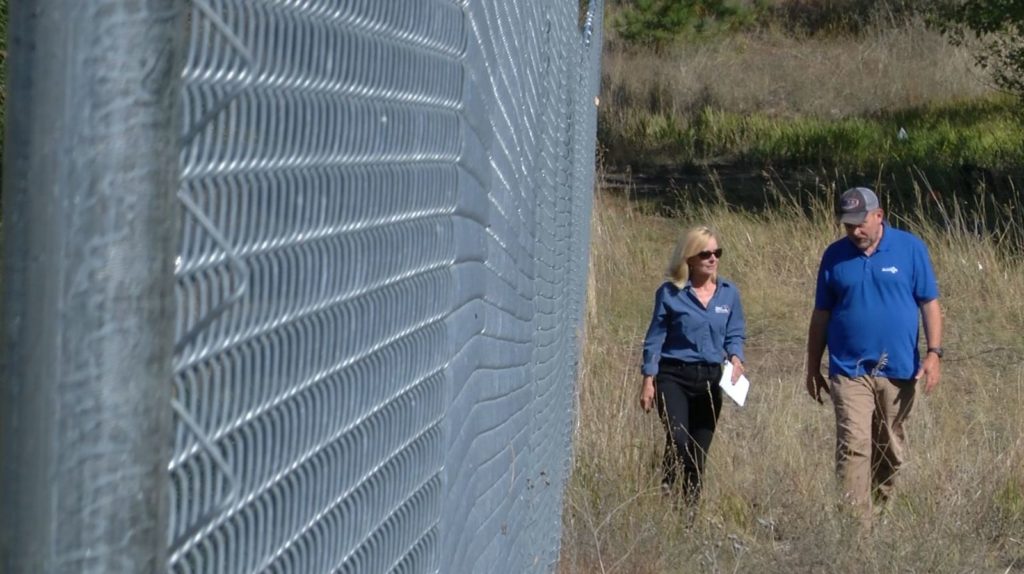 MISSOULA, Mont. — Most come to Montana’s Flathead Lake to vacation, but not far from the lake’s shores workers with Adelos Inc., a subsidiary of S&K Technologies Inc., are refining a highly sensitive, state-of-the-art technology for perimeter and border security.

Just inches below the surface of the ground at a test bed in Polson is a fiber-optic cable sensor system.

“Imagine having thousands of microphones in the ground,” Alex Philp, the CEO of Adelos Inc., said. “We listen for everything that’s occurring around borders and perimeters.”

Philp said the fiber-optic cable sensor system is so sensitive it can pick up the sound of a plane, an ATV, tunneling, voices and much more. 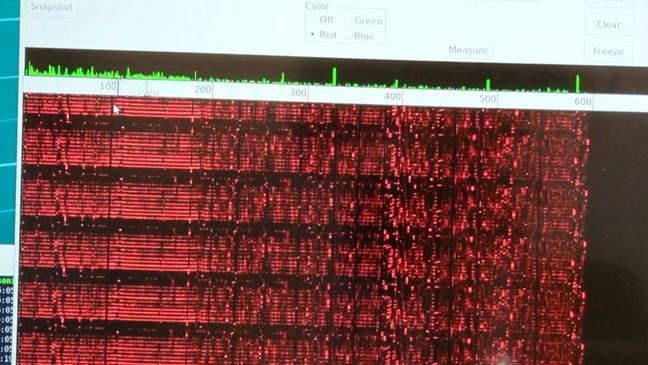 Inside a control room at the test bed, those sounds are captured and measured.

Company officials hope their technology will soon be installed on the Northern Border.

“It’s going to take new and innovative solutions on the Northern Borde,r but all of the technology advancements will be used,” Chad Cottet, the CEO S&K Technologies Inc, said. 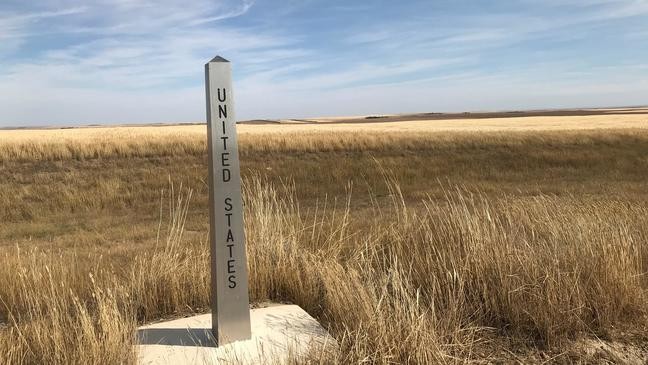 On Border Road in Sweet Grass, Montana, thin markers show where the U.S. Montana-Canada border is located, but in some places it’s really hard to tell where the border is.

“It’s an open and porous border,” Daines said. “We need to make sure we use technology to secure our Northern Border.” 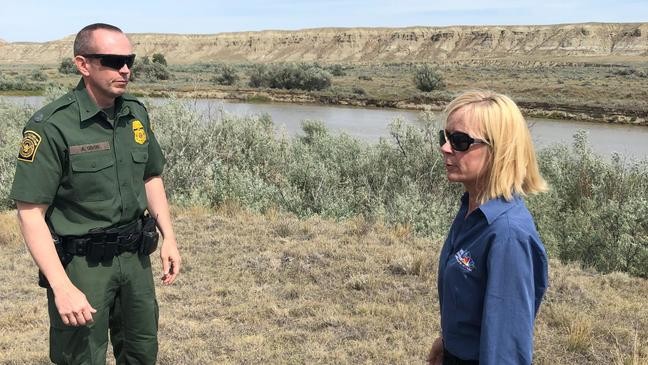 Good heads up the Havre Sector for border security. It stretches from the Saint Mary station in Babb, Montana, to North Dakota. He knows there aren’t enough agents to patrol it all.

“When you look at an expanse as large as this, just having that ability identify, to classify a threat or anything that’s going on and it may not be a threat,” Good said. “We would be able to see that with technology.”

Our visit to the Northern Border made his point. 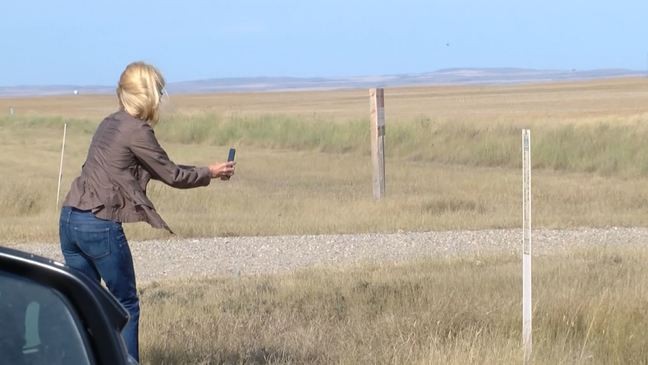 I crossed a dirt road near Sweet Grass, Montana, to check out a border sign. It’s possible I stepped on a sensor as it didn’t take long for Border Patrol agents to show up. They gave us a wave and drove on.

But agents never know who they’ll run into. 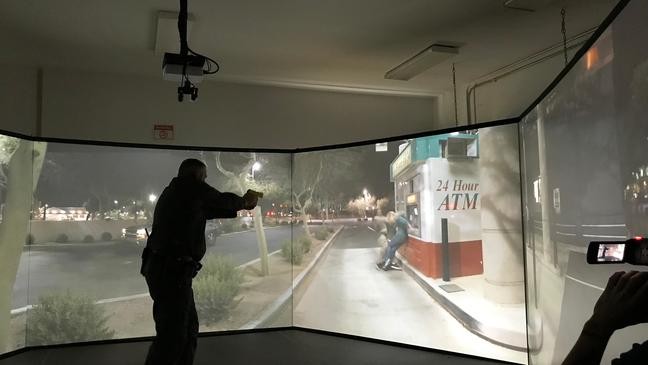 Agent shooting in simulator, that is the only one of its kind in Montana. Photo: NBC Montana

That’s why the training technology being used at Border Patrol Havre Sector Headquarters is so critical in preparing border patrol agents.

The virtual simulator program is the only one of its kind in the state. And it’s where Border Patrol agents train for every scenario imaginable.

“The ability to have surveillance about what comes across the border is important not only to the U.S. but Canada as well,” Cottet said.

And they say technology created hundreds of miles from the border can keep them and our country safe.